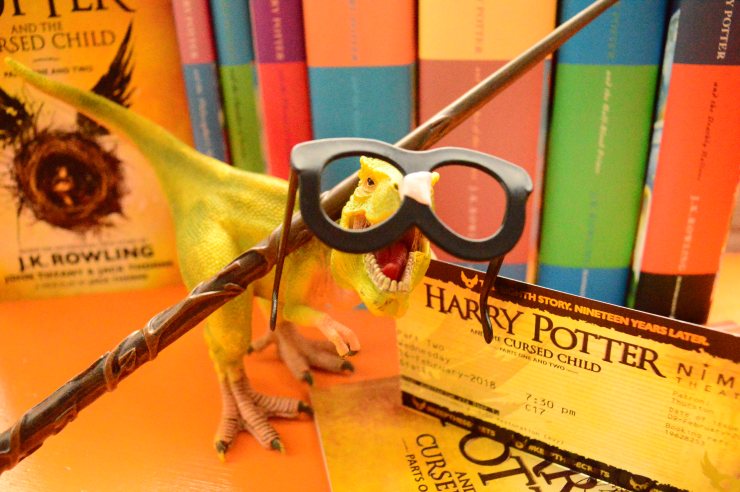 Anyone else daunted at venturing into the Big Smoke? Pre-MS I was briefly a member of The Commuter Club, a murky mad-dash world of which only the toughest can survive. London became a normal part of life and I learned to move confidently along with the fast flowing tide of people; often feeling as though I were partaking in a rugby match – diagonally taking 1 step back for every 2 steps gained while dodging my way in and out of the Soho crowds. Fast-forward a decade and instead of a rugby player I find that I have more in common with the ball; getting dragged, torn and carried along with the crowd with little or no control over where I’m going or how I’m getting there. Personally I feel that MS and the uber-intense busyness of London are not a good match.

It takes A LOT to get me to go to London now. Cue ‘Harry Potter and The Cursed Child’ – an epic 2-part West-End play and an absolute dream for any fan of J.K’s genius creation; to put it simply this was one of those highlights of life. I just needed to mentally and physically prepare myself for the day ahead and the inevitable fatigue that the following few days would hold.

The stress, the heat and the exhaustion generated by a trip to London are enough to cause MS symptoms to flare up big time, and with this in mind I took along my trusty stick. There are several benefits to this, the obvious being that it gives support when walking, which I certainly need when I’m on the go. Perhaps more importantly, however, is that a stick offers a visual aid – people don’t tend to understand what they can’t see, and so by using a stick people can see instantly and without question that you need more space or need a seat. People are nice to you when you have a stick; they give up their seat on sardine-packed trains and don’t expect you to move when an old person comes along. At the theatre I didn’t have to join the security check queue and one of the theatre assistants gave me helpful advice on access and seating without even being asked, people held doors open for me and an elderly couple invited us to sit with them in a crowded bar. All of these courtesies were much appreciated and much needed. Yes, a stick is a must-have accessory when out and about.

Does anyone have any similar experiences? Or perhaps you’ve found the opposite where people have not been helpful or understanding? Anyone else avoid London??