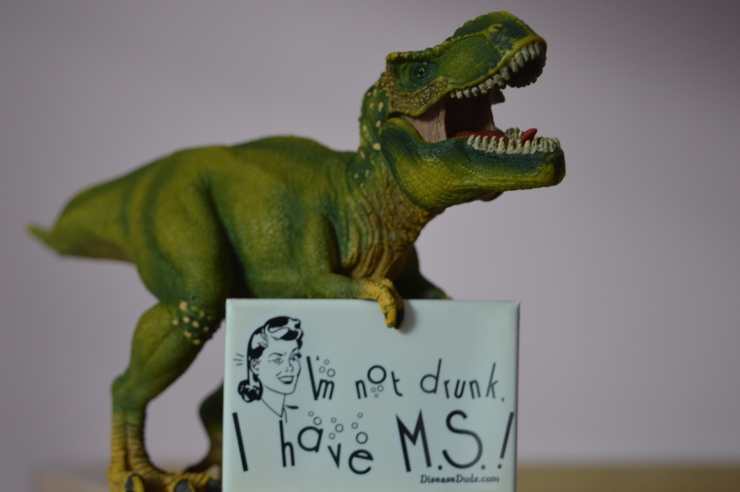 Being mistaken for a daytime drunkard is a common problem for people with disabilities, particularly those with invisible disabilities that do not always require walking aids. I guess it’s an easy assumption to make if you see someone staggering along the street with no outward sign of any health issues. To any ‘normal’ person it must be hard to comprehend that there could possibly be any other explanation for such squiffy physicality?

However, despite having a pretty questionable walk myself, I have never overheard anyone remark upon my wobbliness. Sure, I’ve noticed judgemental looks; I’ve even had parents steer their children away from me, but I’ve never been accused outright of being tipsy drunk. Incidentally, the last time I was actually drunk and disorderly when out in public was way back in the earliest days of the millennium, and even then my idea of disorder was to run across a deserted roundabout at 3 o’clock in the morning, and in so doing breaking all the hard and fast rules in the A-Z of Pedestrian Etiquette. I’ve never been much good at being a drunk.

You may be wondering what prompted this particular ramble. Well, I think it’s fair to say that you’ll know by now that I am partial to a glass, or bottle, of wine. It happened that I was taking my child to her weekly drama class the other day when I was struck by the awful realisation that we were out of wine. No big deal, I told myself, there’s a Marks & Spencer just a few yards away that has a great selection of vegan wine. Now, normally I would grab my stick before embarking on any kind of trek, but on this occasion my mind was so firmly set on the task at hand that there was simply no time to faff around with a stick. Do I never learn?! Of course, my strong will, particularly where wine is concerned, meant that I succeeded in procuring a nice bottle of New Zealand red, but the effort expended fell heavily on my legs. I initially thought nothing of staggering unsteadily into the shop, it was only when I staggered out swinging a bottle precariously at my side did I realise what I must look like. After bishing and bashing my unbalanced way back to my car, I slumped triumphantly into the driver’s seat clutching my bottle of wine. I’d made it back! I’d made it back without smashing the bottle and, more astonishingly, I’d made it back without eliciting a single suggestive comment.

High fives all round!